Hillary has enjoyed a professional acting career for the last 25 years. She began her journey as a child actor of 14 when she decided to follow her dream of acting and move from Texas to Los Angeles to pursue film and television. Before the age of 19, she had racked up two series regular roles for NBC and Disney, studio films, several guest starring roles on network TV and over 10 national commercials. Hillary has worked steadily ever since. Her most recent television credits include The Mentalist, NCIS, Franklin & Bash, Necessary Roughness and A&E’s Longmire. Hillary has guest starred in over 20 shows, and been a series regular on several pilots. Her last film, Wrong Cops, directed by Quentin Dupieux and starring Marilyn Manson, was an official selection at both Sundance and Locarno Film Festivals. Throughout her career Hillary studied many acting techniques and philosophies, but found the most success and creative fulfillment with the Warner Loughlin Techniques when she came to the Studio in 2011. Having been in this business since she was a child, Hillary has gleaned how to adapt and succeed in an ever changing business, keep her strategy fresh as she crossed over into new age ranges and character types, and most importantly – hold onto her passion and creativity. She is thrilled to have the opportunity to share her experience and insight with the community at Warner Loughlin Studios. 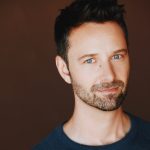 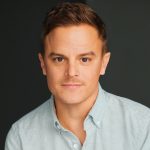