Jen Dede is a working actress, writer, and producer. She holds a BFA in Theatre from the prestigious Theatre School of DePaul University. Upon graduation, Jen worked extensively for the most well respected theatres in Chicago including: The Court Theatre, Northlight Theatre, Chicago Shakespeare Theatre, and the Writers’ Theatre where she received critical acclaim for her work. She moved from Chicago to L.A. to pursue a career in Film and Television and she began taking classes with Warner in 2002. Since then, Jen has appeared in many films and television programs on networks across the dial. She is also a member of the renowned Antaeus Classical Theatre Company. In addition, Jen has written several television projects, and is developing 2 new pilots that she has co-written. She has also just finished producing a feature film. Jen trains both privately and as a student in Warner’s Master Class.For more information and a full list of Jen’s credits, please visit: www.jendede.com. 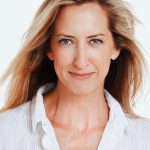