Chelsea Taylor is a working actress. She grew up performing in regional theatre in Houston, Texas. Throughout school she was very active in theatre and sports, excelling at tennis, volleyball, and competitive cheerleading. She spent most summers teaching at tennis and cheerleading camps for kids. After graduating high school early, she moved to Los Angeles to pursue her love of acting, completing the Conservatory Program at The New York Film Academy. She then continued her studies, attending highly respected studios including Playhouse West, and of course, Warner Loughlin Studios, where she began studying in 2009. Her theatre credits include “Fool for Love,” “Imagining Brad,” “Laundry and Bourbon,” and “When Hope Arrives,” which premiered at The Los Angeles County Museum of Art. Her film and television credits includes CBS’s “NCIS: Los Angeles” and the independent film “Lie.” She is currently developing a TV show called “Euston Prep” which she is producing with her sister, Kacy Bartleigh. She is madly in love with the Warner Loughlin Techniques and is thrilled to be able to share it with the Young Actors’ Program. 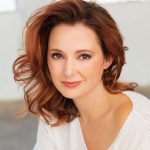 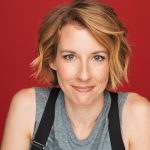