Aimee is a working actor and writer who made her way to Los Angeles after graduating with a Bachelor of Arts from The University of Virginia.  Aimee has had successes on both stage and screen with notable credits including roles on PARKS & RECREATION, CASTLE, CSI: NY, SCANDAL and a pilot for NBC called HOLDING PATTERNS.  She has appeared on stage as a member of several theatre companies, earning an ADA Nomination for Best Ensemble in an experimental play called “Urban Death”.  Aimee has also recurred on countless web series; several of which were written, directed and produced by fellow WLS studio members.

In addition to working as an actor, Aimee has spent countless hours on studio sets and in exclusive casting rooms given her extensive work as a personal assistant to celebrity talent, a seasoned reader for pilot producer sessions and studio/network tests, and as a dialogue coach on several network TV shows.  Experiencing the business in these capacities has given Aimee invaluable insight that can often be elusive to and/or “mythical” for us actors.

She wrote a television pilot, PEAKED, which was a top 15% finalist in the New York TV Festival in 2017 and her screenplay SLINGSHOT THEORY was a second rounder in the Austin Film Festival, also in 2017. She does her best to balance writing, acting, teaching and coaching, while also currently working as the dialogue coach on an ABC comedy called SCHOOLED.

After many years exploring the varied techniques and studios that Los Angeles has to offer, Aimee was referred to Warner Loughlin in 2008.  She responded immediately to the positive energy and environment, the incomparable instructors, and a method of study that took her acting to the next level within mere months.  She’s called WLS her home ever since and is exceedingly proud to be joining the staff, hopefully paying forward the joy and wisdom that Warner and the studio have brought her. 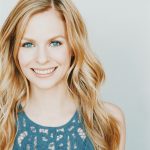 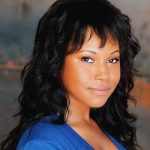